Codename One 3.7 is Live

We are thrilled to announce the immediate availability of Codename One 3.7! 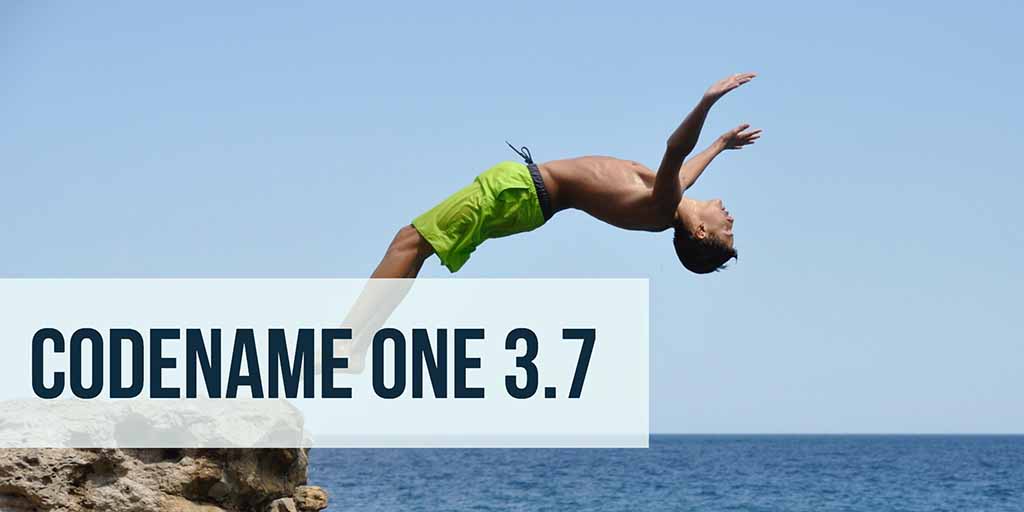 Codename One 3.7 is Live

Codename One 3.7, the "Write Once Run Anywhere" mobile solution for Java developers is now live!
This exciting new release brings with it a surprising new overhaul of the Codename One GUI builder which now includes support to "auto-layout" allowing developers to place components with the ease/power of Photoshop or Illustrator..

Codename One is the only platform that…​

To learn more about Codename One check out the about page you can download it for free right now.

From Lowlight to Feature

When we released Codename One 3.6 we had this to say:

The one thing we really didn’t get out in this release is a new Codename One course which we’ve been working on for a while. We hope we’ll get it done during the 3.7 era but video production is always a big effort and we just don’t have enough hours in the day…​

Yesterday we announced the new Codename One Academy which includes 3 new media rich courses that will cover everything needed to build gorgeous real world apps. This is new original materials with a 2 year monthly update commitment roadmap!

As is our custom with some releases we are also running a promotion on these courses and our special offer expires on July 3rd so hurry up!

Highlights of this Release

Here are the top 5 features of this release illustrated in this short video, check out further details below.

As we always do with a release we’d like to shine a spotlight on the things 3.7 can do better and the things 3.8 can improve on. Overall we are thrilled with this release but here are a few things we can do better:

We completed almost everything we wanted to do for 3.7, to be fair that’s not to hard as we delayed the release due to the bootcamp and that gave us extra time.

The next version will be out in mid November which already feels damn close by now so I’m not sure which ones of the lowlights above we’ll be able to address by then but those are our biggest priorities not necessarily in that order.

The one feature that we did announce for 3.8 is Kotlin support. We ran a survey whose results included a bit of a surprise to us, it’s something I’ll discuss in an upcoming post.

We Need your Help

Spread the word, please let people know about us.

Thanks for reading this far and if you have any thoughts/suggestions of any kind please feel free to post below!