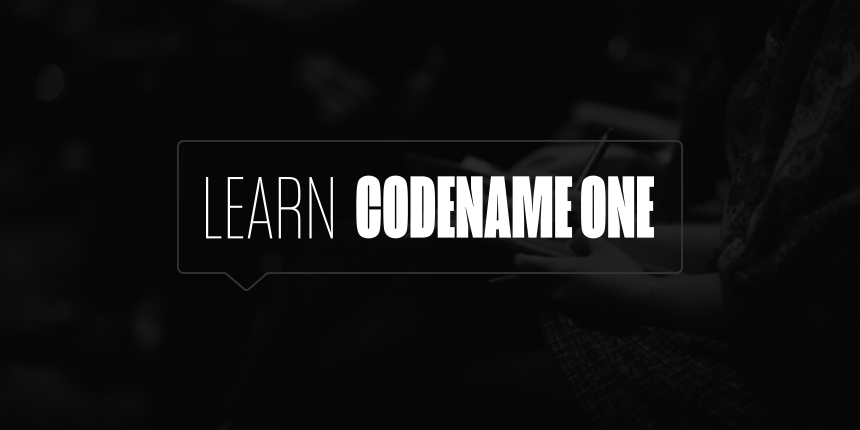 One of the biggest challenges facing new Codename One developers is the challenge of creating an elegant looking UI. This isn’t trivial in any tool but we don’t make it easy enough in some cases. In the tutorial below I’m focusing on one of the most important UI elements: the side menu.

I chose to use a very simple design so this will be easy to follow, you can easily build on top of this to create highly customized styles.

The code from the video above is below, you can check out the full repository on github. 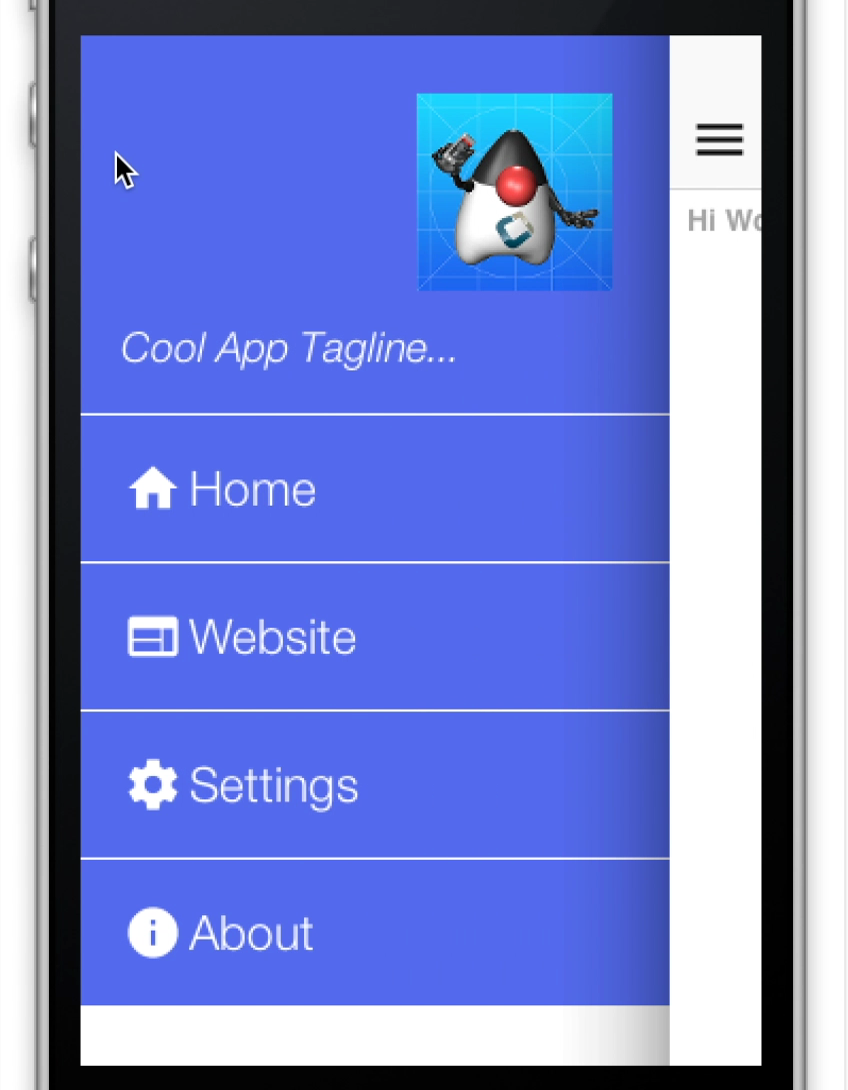 A side menu is a crucial piece of an elegant application. I’ll explain how one creates a simple side menu that’s elegant, portable and easy to build. This is a good "starting point" side menu from which you can build more elaborate designs.

To get this result we will start from a native theme and a bare bones application to keep things simple.

The code for the side menu is this:

Next we’ll open the designer tool to style the UI

Figure 2. Open the side menu so we will get the right values in the combo box on add

Now when we press Add the side menu entries will appear in the combo box (you can type them but this is more convenient). We’ll start with the SideNavigationPanel style:

Figure 3. The SideNavigationPanel has an opaque white background

The SideCommand style is a bit more elaborate, we start with a white foreground and an opaque bluish/purple color: 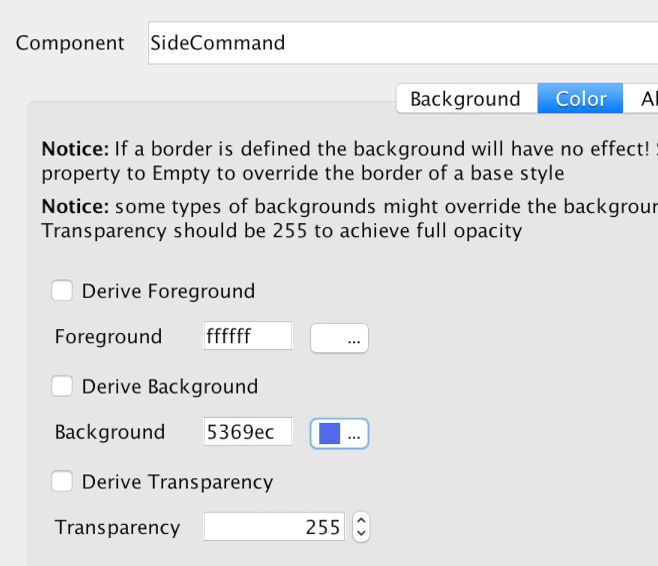 Figure 4. The SideCommand has a white foreground and opaque bluish background

We’ll set padding to 3 millimeters which gives everything a good feel and spacing. This is important for finger touch sensitivity.

Figure 5. Padding is 3mm so it will feel spacious and touch friendly

We’ll set margin to 0 except for the bottom one pixel which will leave a nice white line by showing off the background. This means the commands will have a space between them and the white style we gave to the SideNavigationPanel will appear thru that space.

Figure 6. Margin is 0 except for a thin line below each command

Setting the border to empty is crucial!

The iOS version of the side command inherits a border style so we must "remove" it by defining a different border in this case an empty border. Since borders take precedence over color this would have prevented the color changes we made from appearing.

Figure 7. Border must be defined as Empty

Next we need to pick a good looking font and make sure it’s large enough. We use millimeters size it correctly for all OS’s and override the derived text decoration which has a value in the iOS native theme so it can impact the final look.

Figure 8. Pick a good looking font for the side command

Next we need to move to the selected tab and add a new side command entry that derives from the unselected version. We’ll pick a new color that’s slightly deeper and will make the selected style appear selected. We’ll also copy and paste this selected style to the pressed style. 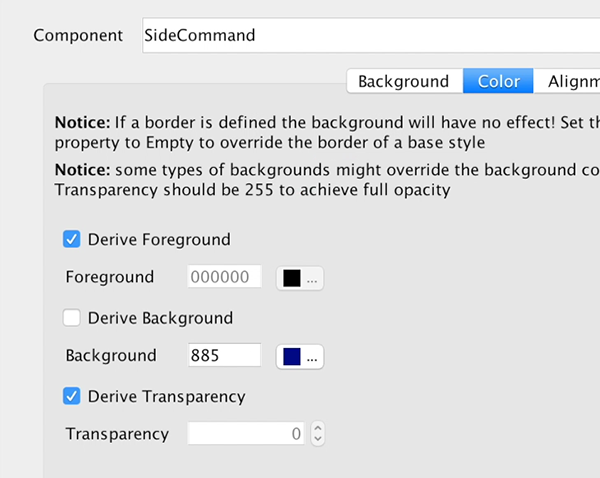 The SidemenuTagline is just a SideCommand style that was slightly adapted. We’ll remove the padding and margin because the whole section is wrapped in a side command and we don’t want double padding. We’ll leave 1mm padding at the top for a bit of spacing from the logo.

Figure 11. Padding of the SidemenuTagline

We’ll also update the font to a smaller size and italic styling so it will feel like a tagline.

Figure 12. Font for the SideMenuTagline is slightly smaller and italic

The last change for the theme is for the StatusBarSideMenu UIID which is a spacing on the top of the sidemenu. This spacing is there for iOS devices which render the clock/battery/reception symbols on top of the app. We’ll set the padding to 0.

Figure 13. StatusBarSideMenu padding for the top of the side menu

Finally, we’ll add the icon image (or a logo if you have it) into the theme as a multi image so we can use it within the side menu as a good looking logo. A relatively large icon image works as a 2HD multi-image but you can use many strategies to get a fitting image for this spot.

These steps produce the UI above as a side menu, they might seem like a long set of steps but each step is pretty simple as you walk thru each one. This does show off the versatility and power of Codename One as a change to one step can create a radically different UI design.

This is my first tutorial installment and I hope you enjoy it, be sure to leave feedback/thoughts/questions as I’d like to create more tutorials like this moving forward.

I would like to focus extensively on UI design/layout as it seems to be a stumbling point for many Codename One developers.